A downloadable game for Windows, macOS, and Linux

Summer Paradise is a short GxB, slice of life visual novel set in the Philippines.

You will be playing as a teenage girl who is returning to her hometown for a summer vacation after nine long years. She rekindles old friendships and makes new ones, while reminiscing about the past. Her grandmother tells her that she has to find a date for the upcoming town festival, or else she will be set up with a guy she doesn't even know. Will she manage to choose a guy, or will she be forced to be partnered up with a stranger? Will she even go to the dance at all?

Thanks for checking this out! :)

You can also check out Summer Paradise Redux, a remake of this one! It has some new additions, as well as original art. If you liked this game, you should check that version out too!

I got a redaxed version, basically same story diffirent sprites. Art was still beautiful though. Very fun to replay routes with same characters but diffirent looks.

I just saw the files again when I checked earlier and decided to play it again xD this was the 2nd Philippines settings I played. I enjoy it and it was cute, hehe I laugh and giggle tons of time pfft >v< they were so adorable ^-^ James might be childish sometimes but he's adorable especially when he's shy and  blushing. Just give him a little push~ I like the dialogue he said in his good ending <3 I also like Arvin, he was sporty and sociable,  he's fun to be around with. He is also caring and supportive, He has his own circumstances but he's there if you need a help, he'll be your knight and shining armor if someone bully you. I like that he was sort of forward and his pick up lines hahaha >3< I love his ending, it was sweet and uck xD I hope I also had a kuya huhu. There's also Mark. I also felt sad about the past the player did :'< and how great the impact is for him :< lastly, Vaughn. When he was giving advice to the player, although some is cheesy, it's pretty touchy and sweet. There's also a bestie, who's adorable named Luzviminda. She's willing to give up just for you. I like how Ran portraits them <3

This reminds me of my childhood, ah nolgastic

oh, and just notice there's a wrong spelling during the scene where the player just woke up after meeting up the bois but *thumbs up*

Edit: No wonder, they both had same creators xD I love the halloween and the christmas theme. What I love the most among them is the dialogues.

i think so cute game

Aww, thank you so much princessemily12! ❤️

did they do a complete overhaul on character designs because my game looks nothing like this, i like the version I have but its confusing when DLing

Yes! 😁 They're pretty much the same, but the new one has all-original art and a few story tweaks. Thank you for downloading!

I think I played a way way different version of this, but I look super forward to playing this one. I absolutely loved the story for the original let's see what makes this one different. ^^

Haha, yes! This is the original game and it used free resources for the art. :) They're basically the same, save for a few story tweaks and the new art.

Hi, Ran I have the itch.io app which works for everything ,and the game still won't download on my mac.

Hi TheRosetteWolf! Oh no, I hope the issue was solved for you! I'm really sorry for replying only now.

Dont know if I commented on this one but Played it to its a fave of mine!

Thank you so much amethyne! I really appreciate it. 💕

up I've tried several times to download the game and it wont work no madder what i try. help pleas

Hello! I'm sorry for the late reply, if you still can't download through itch, you can try these links:

Thank you for the interest and the determination to try out this game! I really appreciate it. :)
Reply
Naan-Bread35 years ago

i liked how the dialogue changed with the choices, and how original each ending was. this game is like a 10 out of 10 for sure.

i learned so many things i didnt even know about, and i like how each of the routes just coincided with one another.

Awww, thank you so much! <3 I think it's awesome that people are still playing this years after its original release. :")

Your comment totally means a lot to me! Thank you, thank you!! 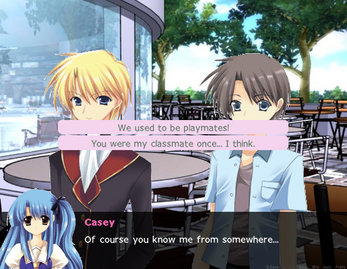 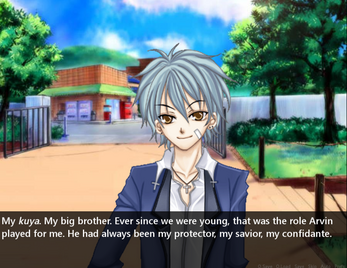 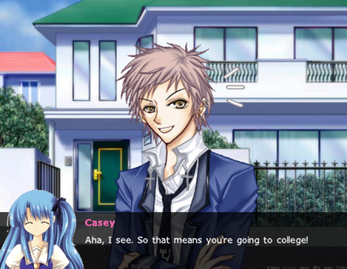